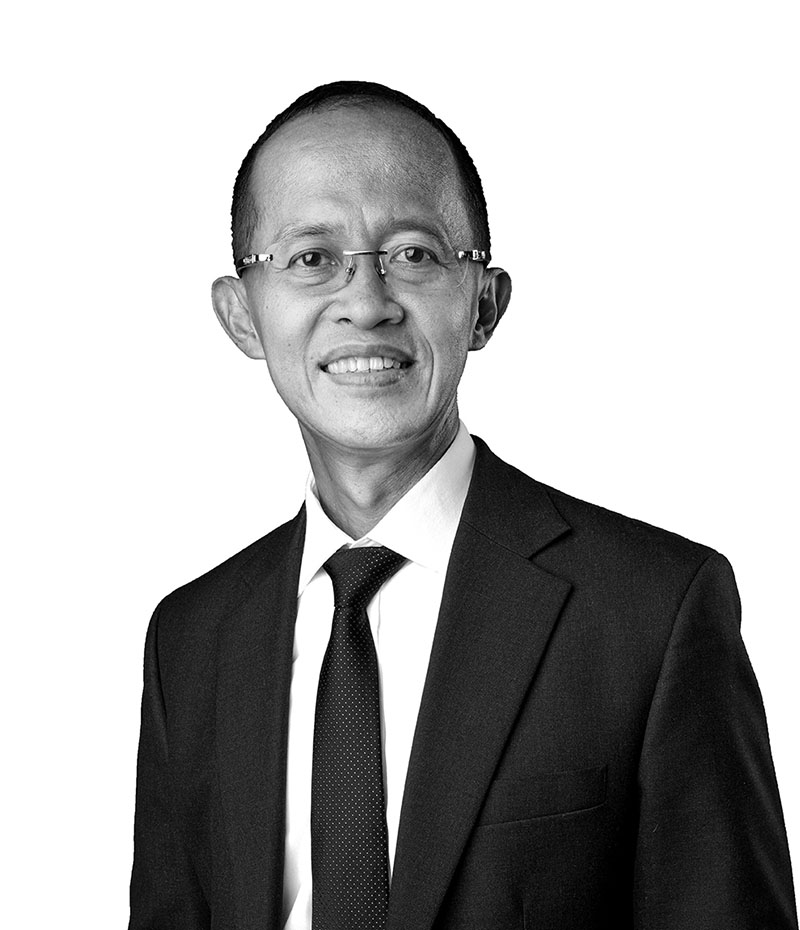 Eko Putro Adijayanto has a strong portfolio both in governmental and private sectors. His expertise in strategic management, business development, and investment has brought him to taste instrumental positions in his career.

He also holds several commissioner and/or consultant roles within different institutions, most recently as the Senior Advisor at Manulife Indonesia which is one of a few big insurance companies in Indonesia; and the Commissioner of PT Jasa Armada Indonesia Tbk (IPC Marine) which is a part of the primary and largest state-owned seaport management group in Indonesia namely PT Pelabuhan Indonesia II (Persero) (Pelindo II or “IPC”).

Supprimé ! Eko graduated as Bachelor of Economics from one of the top universities in Indonesia, University of Indonesia, and an alumnus of the ASEAN Global Leadership Program at University of Berkeley, USA.

He established his career within the banking sector and had an expertise in institutional communications where he held key positions in a multitude of banks; Bank Universal (1993-2002), Bank Permata (2003-2005) and at Bank Mandiri (2005-2006) as Senior Vice President.

Furthermore, he is the Founder of Dreya Communications, a strategic communication consulting company established in 2001, with clients from various sectors including infrastructure, pharmacy, banking, insurance, ministry/agency, manufacturing industry, hospital, property and hotel.